Eddie and I both enjoy watching Denzel Washington films. We both loved Denzel in The Equalizer – Antoine Fuqua (2014), based on the 1980’s TV series that originally starred British actor, Edward Woodward. That show was a favorite of mine and I was pleased when the movie came out. Eddie and I saw it together and were glad to see that Mr. Washington decided to participate in the sequel, The Equalizer 2 – Antoine Fuqua (2017).

As much as we enjoyed these two films, Eddie had researched Denzel’s background and discovered that Mr. Washington prefers not to do sequels. So, despite his making the second one, it seems doubtful there will be a third rendition in the future. During Eddie’s research he described Denzel’s family, education and his early interest in theatre during college. This stage work is something that still influences Denzel as he has stated there are some Shakespearean roles he would like to play, one of which is Richard III. Also, he prefers to perform in accordance with the written word, not ad libbing but choosing to put his focus and energy in creating the character. He has said, “If it ain’t on the page, it ain’t on the stage.”

The fact that he has moved onto director is further evidence of his commitment to expanding his impact upon his art. I am referring specifically to his directorial efforts in bringing August Wilson’s stage play, Fences – Denzel Washington (2016), to life on the screen. His work was praised and received considerable recognition within the industry. His film was nominated for 4 Academy Awards – Best Picture, Best Actor (Denzel), Best Adapted Screenplay, and Best Actress in a Supporting Role (Viola Davis). Ms. Davis was the only winner. His acting, of course, is also a source for much recognition. He is only one of six actors to receive an Oscar for Best Actor and Supporting Actor (for Glory – Edward Zwick 1989). And, he is the only African American actor to do so. Those accolades are for winning but he was nominated eight times for various roles.

Eddie discussed a film which was acclaimed because it was the second time Denzel won an Oscar. The film is Training Day – Antoine Fuqua (2001). He played a corrupt police officer working with a rookie, Ethan Hawke, dealing with the nasty world of narcotics. Although recognized for performances by Hawke (Supporting Actor) and Washington, who won Best Actor, it is a film I could never get excited about and chose not to watch. This is why Eddie viewed it so he could comment during our podcast. His general opinion was it was OK but the overall tone and language made him uncomfortable.

We both agree that Denzel can literally play any type of character. We say the same about Tom Hanks also. Denzel strives to invest his characters with a sense of humanity no matter the circumstances. Oftentimes, his character has something in his background that if exposed may compromise him but he manages to continue to do what he needs to do. It is those roles that I like to see him perform. His characters in Flight – Robert Zemeckis (2012), Inside Man – Spike Lee (2006), The Taking of Pelham 123 – Tony Scott (2009), Unstoppable (2010) – Tony Scott (2010) all have something in their backgrounds yet they are quite competent in their jobs.

A favorite role of mine is from much earlier in his career and, interestingly, he was teamed with Tom Hanks. The film was Philadelphia – Jonathan Demme (1993) and won Tom Hanks a Best Actor award. This makes the fact that Hanks was the one impressed working with Denzel more amazing. Hanks noted that observing Denzel’s work was like watching a master class in acting.

In that film, Hanks is a superior lawyer working with a top flight Philadelphia law firm. He handles some of the firm’s highest profile cases. And, he seems like a shoo-in for partner until the partners discover that not only is he gay but has the aids virus. When the firm releases him Hanks searches for a lawyer to take on what he believes is an excellent discrimination case. He is unable to find a lawyer until he ends up in Denzel’s office. Despite his aversion to gays and concerned about possible exposure to disease, Denzel takes the case. The eventual change in Denzel’s perspective and his deft handling of the legal battle form the bulk of the movie.

As I said on the podcast, my favorite scene is where Denzel visits Hanks to review elements of Hanks’s upcoming testimony. Hanks is an opera buff and a Maria Callas aria from the opera, Andre’ Chenier, is playing in the background. Hanks is hooked to an IV for therapy and he moves around the room with the IV stand as he explains the aria to Denzel. As the music plays and Hanks explains the camera focuses upon Denzel and gradually moves closer to observe the expressions on his face as he listens. Those moments, which are very early in his career, capture for me the essence of humanity that Denzel brings to his roles.

Just as Eddie and I enjoy watching Denzel work there are directors who enjoy using him in their films. Ridley Scott, who we showcased in Episode 3, used him in American Gangster – Ridley Scott (2007). In that movie Denzel portrayed a real person, Frank Lucas, who was a known drug lord in New York. Our discussion about that film just happened to coincide with the recent death of Mr. Lucas at 88 years of age.

Below is the entire filmography which will provide some additional direction for films you may want to view or revisit if you have not seen them for some time. 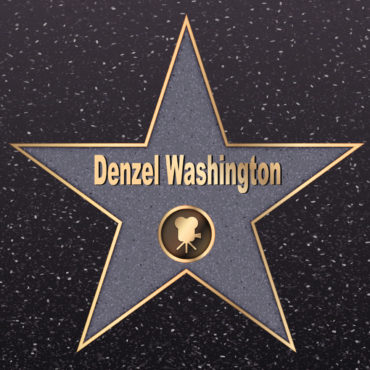 On this episode we discuss the Filmography of Academy Award Winning Actor Denzel Washington. Johnny talks about his favorite scene from the movie Philadelphia and Eddie shares his thoughts on […]